What people are saying

Of all the conference options available, ASU Arkfeld stands head and shoulders above the others. Simple, honest, and direct, it is about good lawyering at the intersection of law and technology.
Bil Kellermann
Hanson bridgett LLP
The two hours that I spent on this [online conference] were easily the most informative and interesting this year.
Lisa Prowse
Expert eDiscovery 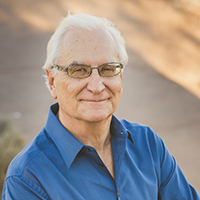 He is currently a Faculty Fellow with the Center for Law, Science & Innovation, Sandra Day O’Connor College of Law, and is a Professor of Practice at the University of Arizona College of Law where he teaches a class on eDiscovery and Digital Evidence. Read more 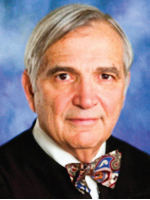 Judge Facciola served as a United States Magistrate Judge for the United States District Court for the District of Columbia, from his appointment in August 1997 until his retirement in December 2014. Before being appointed to the bench, he served as an Assistant District Attorney in Manhattan from 1969–1973 and was in private practice in the District of Columbia from 1974–1982. Judge Facciola joined the U.S. Attorney’s Office in 1982. He served in the Appellate and Civil Divisions and then as Chief of the Special Proceedings section from 1989 until his appointment as Magistrate Judge. He is an adjunct professor at Georgetown University Law Center, he has been the Editor in Chief of the Federal Courts Law Review, as well as the Federal Magistrate Judges Association’s electronic law journal. Facciola has been a leader in issues related to electronic discovery and has written several opinions and lectures frequently on the topic. The Sedona Conference awarded him its Lifetime Achievement Award.

Litigation: The Facciola-Redgrave Framework, 2009 Fed. Cts. L. Rev. 19 (2009). He received his A.B from the College of the Holy Cross and his J.D. from the Georgetown University Law Center.  Read more 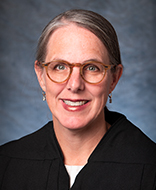 Judge Allison Goddard was sworn in as a U.S. Magistrate Judge for the Southern District of California in August 2019. She graduated from Boston College in 1993 and received her J.D. from the University of San Diego School of Law in 2000. Judge Goddard spent the first half of her legal career representing corporate defendants in litigation at Cooley LLP and her own law firm, Jaczko Goddard LLP. In 2011, she shifted her practice to representing plaintiffs in complex and intellectual property litigation. She has tried several cases, including class actions and patent infringement disputes. Judge Goddard speaks regularly on eDiscovery and other litigation issues. She is a member of the Advisory Board of the San Diego Chapter of the Federal Bar Association and the Louis M. Welsh Inn of Court. Read more 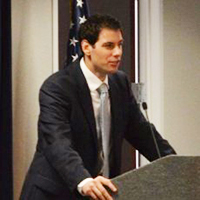 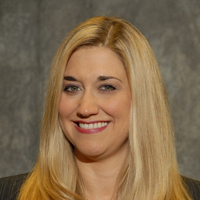 Shawnna is an Automotive, Aerospace and Defense Client Partner and serves as the Global Co-Leader of the IBM Cognitive Legal Practice. She is a sought-after Blockchain Subject Matter Expert and recently spoke at the United Nations at the Blockchain for Impact Summit on “Diversity in Blockchain” and GlobalMinded on the subject “Blockchain, Financial Fuel for Sustainable Development”. In September 2018, she was appointed as Chair of the U.S. Commodity Futures Trading Commission’s (CFTC) Distributed Ledger Technology and Market Infrastructure Subcommittee for the 2018 – 2020 term.

In March 2019, she testified in front of the CFTC on “The Current State of Blockchain Adoption”. She has one published patent for Detecting Clusters and Relationships in Large Data Sets (20180096047) and one pending for Method and System for Pattern-based Home Network Configuration (END820160894). She also co-authored the book “eDiscovery Plain & Simple” (ISBN-13:97814394079), is the Co-Founder of Women in eDiscovery (Founded in 2007) and the Co-Founder of Diversity in Blockchain (Founded in 2017). Read more 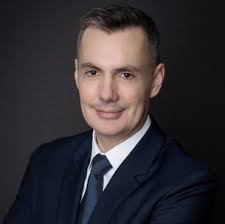 Nicolas was a pioneer in advancing the application of scientific methods, automation, and artificial intelligence in legal systems and in advocating norms for their governance. He chairs the Law Committees of the IEEE Global Initiative on Ethics of Autonomous and Intelligent Systems and of the Global Governance of AI Roundtable hosted in Dubai as part of the annual World Government Summit. He leads The Future Society’s Law and Society Initiative and is also a member of the Council on Extended Intelligence (CXI), a joint initiative of the MIT Media Lab and IEEE-SA.

Nicolas has been featured in Forbes Magazine, and has spoken on issues pertaining to artificial intelligence and its governance at a wide variety of conferences and organizations, including the Spring Meetings of the International Monetary Fund (IMF), UN University, the World Web Forum, Harvard and Stanford Law Schools, and Renmin University of China. Nicolas was a member of the Law and Judiciary policy committee for Barack Obama’s first presidential campaign. Trained in political science at the Graduate Institute of International Studies of the University of Geneva (Switzerland), he earned his M.B.A. from the Wharton School of Business, and chose to forgo completion of his M.P.A at Harvard’s Kennedy School in order to co-found H5.  Read more 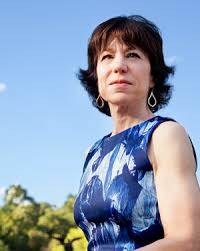 Maura R. Grossman is a Research Professor in the School of Computer Science at the University of Waterloo, an Adjunct Professor at Osgoode Hall Law School, and an affiliate faculty member of the Vector Institute, all in Ontario, Canada, as well as an eDiscovery attorney and consultant in Buffalo, New York.  Previously, she was of counsel at Wachtell, Lipton, Rosen & Katz, where for 17 years, she represented Fortune 100 companies and major financial institutions in civil litigation and white-collar criminal and regulatory investigations, and advised the firm’s lawyers and clients on legal, technical, and strategic issues involving eDiscovery and information governance, both domestically and abroad.

Maura is a well-known and influential eDiscovery expert.  She was described in Who’s Who Litigation E-Discovery Analysis as “‘sensational’ according to her peers and . . . a ‘go-to’ in the area,” and by Chambers & Partners USA Litigation:  E-Discovery as “the best-known person in the area of technology-assisted review; a superstar among superstars.”  Maura’s scholarly work on TAR, most notably, Technology-Assisted Review in E-Discovery Can Be More Effective and More Efficient Than Exhaustive Manual Review, published in the Richmond Journal of Law & Technology in 2011, has been widely cited in case law, both in the U.S. and abroad.  Her longstanding contributions to eDiscovery technology and process were featured in the February 2016 issue of The American Lawyer and in the September 2016 ABA Journal – where she was recognized as a 2016 Legal Rebel. Read more 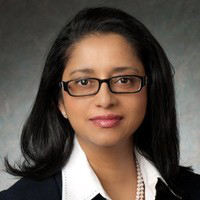 Tessa leads Husch Blackwell’s cutting-edge eDiscovery Solutions team and has spearheaded the firm’s efforts to provide consistent, defensible and repeatable eDiscovery solutions for our clients. She is responsible for establishing and implementing best practices for eDiscovery as well as providing the related education and training for our attorneys and litigation technology staff.

A practicing attorney for 20 years, Tessa’s strong understanding of the substantive and strategic aspects of litigation informs the counsel she provides to clients and case teams on all aspects of eDiscovery. She works with clients and case teams to create strategic, cost-effective and defensible discovery plans. Tessa is knowledgeable in both the legal and technical aspects of eDiscovery. She has vast experience in using and assessing the value of using data mining tools, technology assisted review and various review platforms. She provides discovery management to our clients, including legal hold implementation, identification, preservation and collection of client data as well as assessment of risks and costs of specific discovery strategies.  Read more 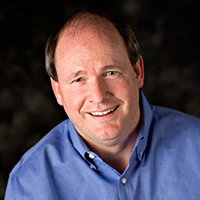 Gary Marchant, Regents Professor of Law and Director of the Center for Law, Science and Innovation / Arizona State University

Gary’s research interests include legal aspects of genomics and personalized medicine, the use of genetic information in environmental regulation, risk and the precautionary principle, and governance of emerging technologies such as nanotechnology, neuroscience, biotechnology and artificial intelligence.

He teaches courses in Law, Science and Technology, Genetics and the Law, Biotechnology: Science, Law and Policy, Health Technologies and Innovation, Privacy, Big Data and Emerging Technologies, and Artificial Intelligence: Law and Ethics. He was named a Regents’ Professor in 2011 and also is a professor in ASU’s School of Life Sciences, a Distinguished Sustainability Scientist in ASU’s Julie Ann Wrigley Global Institute of Sustainability, and is a Lincoln Professor of Emerging Technologies Law and Ethics with the Lincoln Center for Applied Ethics at ASU. Read more