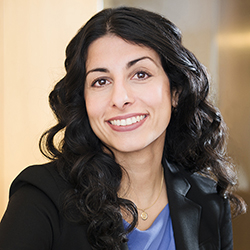 Ms. Amirfar has been ranked among the leading international arbitration practitioners by Chambers Global, which has described her as “very composed, intelligent and a master of investment arbitration.”

Prior to rejoining Debevoise in 2016, Ms. Amirfar spent two years as the Counselor on International Law to the Legal Adviser at the U.S. Department of State during the Obama Administration. During her tenure as Counselor, Ms. Amirfar advised the State Department on its most significant litigation matters involving international law and foreign relations. She received the Superior Honor Award for her service to the Department.