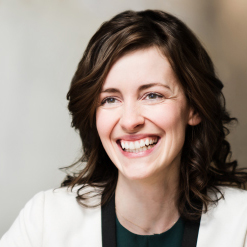 Ina C. Popova is a partner in the International Dispute Resolution Group, and her practice focuses on international arbitration, international litigation and public international law, with particular experience in matters in the energy, mining, technology, media and telecommunications sectors. Over the course of her career, she has represented individuals, corporations and states and in a broad range of disputes under the rules of all of the major arbitral institutions, as well as several regional institutions. She also advises parties in international litigations involving proceedings in foreign and domestic courts and has represented parties before federal and state courts in the United States, including the United States Supreme Court. Ms. Popova leads matters in English, Spanish and French, and she regularly handles disputes arising out of Latin America and Africa. In addition to her work as counsel, Ms. Popova has assumed leadership positions in various international arbitration organizations, including as a member of the ICC International Court of Arbitration.

Ms. Popova is fluent in Spanish, French, Italian and Bulgarian and is proficient in Portuguese. She is admitted to practice in New York and Paris.