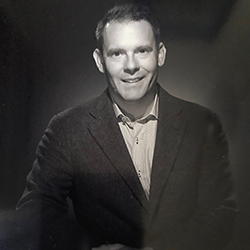 Karl Hennessee, FRAeS, is SVP Litigation, Investigations & Regulatory Affairs at Airbus, where he leads the Group’s global activities in these areas.  Separately, he occasionally sits as arbitrator and serves on the board of directors of companies and nonprofits.  Until July, 2019, he also served as Chairman of the Governing Body of the ICC Court of International Arbitration and is now a member of the HKIAC Council and its Proceedings Committee.  In a three year hiatus from Airbus, Mr. Hennessee was VP Public Law & Technology of Halliburton (2013-2016).  Mr. Hennessee has previously practiced law in Germany and in the United States on behalf of institutions including the German Government and private law firms. Educated at the University of Göttingen, Germany, the London School of Economics and SMU Law School (where he was Managing Editor of the Journal of Air Law and Commerce), he holds degrees in history, economics/econometrics, and law.  He is a trustee of Houston Grand Opera, a cancer survivor-mentor, Fellow of the Robert Bosch Foundation and Phi Beta Kappa. Mr. Hennessee is the winner of the ILO Award for Litigation “Individual of the Year” for 2009 and the 2018 winner of the Golden Quill award from the Business and Legal Forum for published article of the year. He lectures at Paris Assas, Sciences Po, Toulouse Capitole University and Versailles and has published over 100 articles on various legal subjects and is a frequent speaker on law, technology, aviation, and public policy.