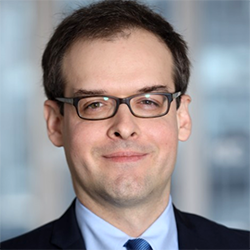 Marek Krasula is Regional Director for North America at the ICC International Court of Arbitration (SICANA, Inc.) in New York. He leads the Educational Services team and promotes ICC dispute resolution services throughout the United States and Canada.

Prior to his role as Regional Director, Marek headed the North American case management team of the ICC International Court of Arbitration (SICANA, Inc.) as Counsel where he administered hundreds of arbitrations in relation to a broad range of industries. He has served as a lecturer in international arbitration at the Université de Montréal law faculty and Deputy Counsel in the ICC Secretariat’s Paris office. Before joining the ICC, Marek was executive assistant to Mr. Justin P. J. Trudeau, now Prime Minister of Canada, a research assistant in the Senate of Canada and a consultant at the International Centre for Human Rights and Democratic Development (Rights & Democracy). Marek is a member of the Quebec Bar (Canada) and holds an LL.M. from Georgetown University. He is also a member of the New York City Bar International Commercial Disputes Committee.