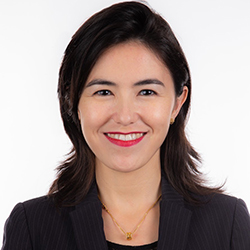 Ms. Morris-Sharma is Deputy Senior State Counsel with the international law department of Singapore’s Attorney-General’s Chambers.  Prior to this, she served in various capacities, including as Director (International Legal Division) of Singapore’s Ministry of Law, and as legal advisor to Singapore’s Permanent Mission to the United Nations in New York.  Ms. Morris-Sharma has participated in and led several bilateral and multilateral negotiations.  Amongst others, she has chaired meetings and processes at the United Nations, including the UNCITRAL Working Group that developed the Singapore Convention on Mediation.  She currently serves as rapporteur of the UNCITRAL Working Group on investor-State dispute settlement reform.  She has published on topics relating to international trade and investment law, law of the sea, and treaty law.  Natalie studied law at the University of Cambridge and obtained her Master of Laws from New York University.  She is called to the Bar in New York and Singapore.