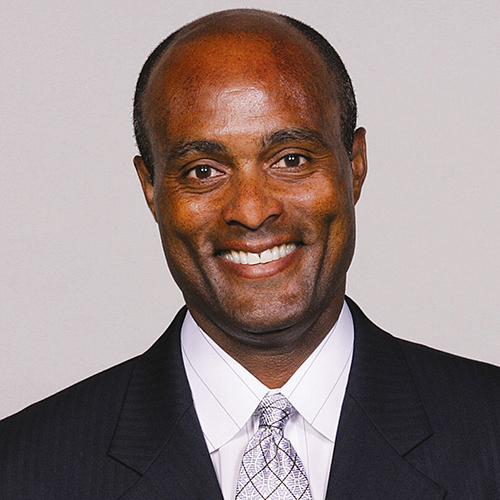 Ray Anderson was named Arizona State University’s Vice President for University Athletics and Athletics Director on Jan. 9, 2014, and has quickly redefined the collegiate athletics landscape over the course of his tenure at ASU.

Anderson was named by Forbes Magazine as one of the 25 Most Influential Minorities in Sports in February 2016, noting that he had “helped position the Sun Devils as one of the most innovative brands in college sports.” He received an extension in the spring of 2018 through 2022.

Anderson has also clearly defined his expectations for Arizona State to be nationally competitive in all 26 varsity programs, and has parlayed this vision into a number of world-class head-coaching hires unseen at the collegiate level, including USA Swimming Coach Bob Bowman, a hall of famer and mentor to the world’s most decorated Olympian, to head up the men and women’s swimming program; Zeke Jones, USA Wrestling’s National Freestyle Coach, to take over the wrestling program and lead it to back-to-back Pac-12 wrestling titles in 2017 and 2018; Bobby Hurley, one of the most decorated college basketball players in history, to coach the men’s basketball program; Tracy Smith, a two-time conference coach of the year and experienced fundraiser, to revitalize the baseball program; Matt Hill, a three-time coach of the year with experience at three different Top 25 programs, to lead the reinstated men’s tennis program; Matt Thurmond, the 2009 National Coach of the Year and seven-time national Top-10 finisher, to take over ASU’s surging men’s golf program; former assistant Missy Farr-Kaye, the eventual National Coach of the Year and golf national champion head coach for the Devils in 2017; Greg Powers, who led the ASU club hockey team to its first National Championship in 2014, to continue the growth of hockey to now a top-20 varsity program; Cliff English, USA Triathlon’s Elite National Team Coach, to lead the very first Power-5 women’s triathlon program which captured three-straight Women’s Collegiate Triathlon National Championships during 2016-18; and Trisha Ford, who led the softball program back to the Women’s College World Series in 2018 and earned Pac-12 Coach of the Year. Most recently, in December of 2017, Anderson boldly hired former NFL head coach and defensive back Herm Edwards under the new leadership model as the new head coach of Sun Devil Football, who instantly led a strong recruiting effort and then directed the team to a bowl game in the first season after national preseason scrutiny picked ASU to finish last in the Pac-12 South.

The ‘Sun Devil Way’, a mission statement that encompasses the goals of athletics at Arizona State – Sun Devils Win, Sun Devils Graduate, Sun Devils Serve, Sun Devils are for Life, and Sun Devils compete with Passion and Character – has served as the template for Anderson’s leadership philosophy. He has placed a strong emphasis on student-athlete development with a number of unique and creative initiatives, including the creation of the Senior Championship Life Experience program. These on-campus cultural experiences launched with a special showing of the play ‘Black Angels Over Tuskegee’ in January 2016, the documentary ‘Last Gold’ following the 2016 Rio Olympic games, and most recently a special showing of the 16-time Tony Award winning play, Hamilton, in 2018 at ASU Gammage auditorium.

In April 2014, it was announced that Anderson would be a professor of practice in ASU’s new sports law and business program, a collaboration of the highly ranked Sandra Day O’Connor College of Law and W. P. Carey School of Business.

He and his wife, Buffie, have one son, Bryant, and one daughter, Kimberly.