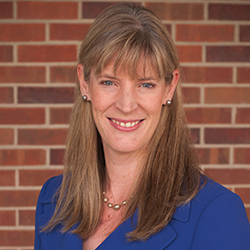 Dr. S.I. Strong specializes in international dispute resolution and comparative law, with a particular emphasis on international commercial arbitration and large-scale (class and collective) suits.  Prior to joining the University of Sydney, Dr. Strong taught at the Universities of Cambridge and Oxford in the United Kingdom as well as Georgetown Law Center and the University of Missouri in the United States.  Dr. Strong is an experienced practitioner, having acted as Counsel at Baker & McKenzie after working as a dual-qualified lawyer (U.S. attorney and English solicitor) in the New York and London offices of Weil, Gotshal & Manges.  Dr. Strong has published over 130 award-winning books, chapters and articles in Europe, Asia and the Americas, including Legal Reasoning Across Commercial Disputes:  Comparing Judicial and Arbitral Analyses (anticipated 2021), Arbitration of Trust Disputes:  Issues in National and International Law (2016), Class, Mass, and Collective Arbitration in National and International Law (2013) and Research and Practice in International Commercial Arbitration:  Sources and Strategies (2009) from Oxford University Press as well as the entirely bilingual Comparative Law for Spanish-English Speaking Lawyers: Legal Cultures, Legal Terms and Legal Practices / Derecho comparado para abogados anglo- e hispanoparlantes: Culturas jurídicas, términos jurídicos y prácticas jurídicas from Edward Elgar Publishing (2016, lead author with Katia Fach Gómez and Laura Carballo Piñeiro) and International Commercial Arbitration:  A Guide for U.S. Judges (2012) from the Federal Judicial Center, the research and education arm of the U.S. federal judiciary.  Dr. Strong’s scholarly work has been translated into Spanish, French, Russian and Chinese and has been cited as authority by numerous state and federal courts and international tribunals.  Dr. Strong, who holds a Ph.D. in law from the University of Cambridge, a D.Phil. from the University of Oxford, a J.D. from Duke University, an M.P.W. from the University of Southern California and a B.A. from the University of California, Davis, sits as an arbitrator on a variety of international commercial and trust-related matters.