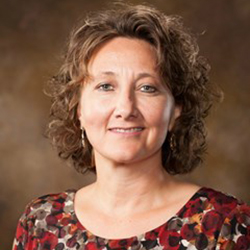 Stacy L. Leeds is Foundation Professor of Law and Leadership at the Sandra Day O’Connor College of Law. She serves as part of the distinguished faculty of ASU Law’s Indian Legal Program. Before coming to ASU, Professor Leads was a Dean Emeritus and Professor of Law at the University of Arkansas. She teaches American Indian Law and Property. She has authored over 30 essays, articles and book chapters. The second edition of her book Mastering American Indian Law (with Angelique EagleWoman) was published in 2019. In Fall 2019, she served as the Salt River Pima Maricopa Indian Community Distinguished Professor of Law at Arizona State University Sandra Day O’Connor College of Law.